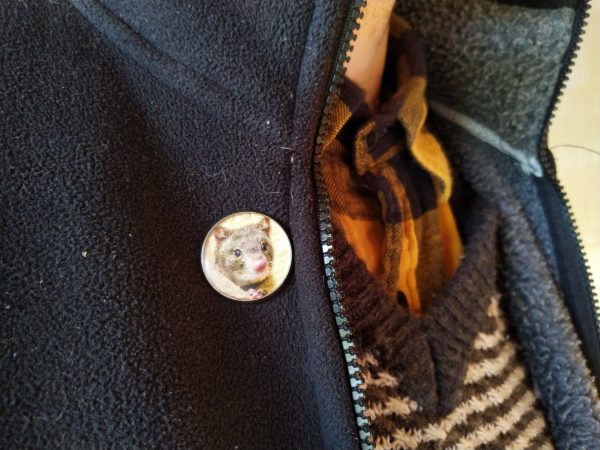 Now you can support the research into Quolls and other endangered species by purchasing this pin. This pin was made by Sally Forrester in Apollo Bay, all profits of your purchase go to the Conservation Ecology Centre.