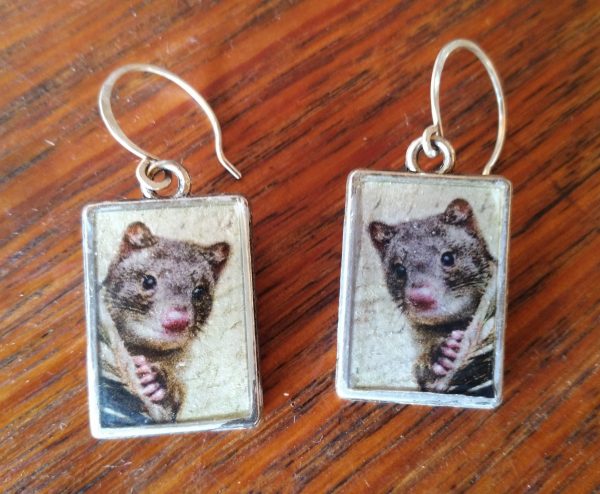 Now you can support the research into Quolls and other endangered species by purchasing these earrings. These earrings were made by Sally Forrester in Apollo Bay.